Why the ‘Share a Coke’ Campaign is Pure Genius.

Let’s be honest, how many of us, even though we don’t want the drink, have wandered to the refrigerated beverages section to sift through bottles of Coke with personalised names on it? And bought it just because it’s there? Yea, I’m sure there are a few of us.

The personalised bottle summer 2013 campaign rolled out by Coca-Cola is based upon the easiest principle in marketing and PR – INVOLVE YOUR CONSUMER! They successfully did this by giving their consumers a sense of ownership of the brand. Ok, so Starbucks introduced names on cup, but there’s having your name hand-written on a cup and then printed on a bottle!

The campaign did well to reconnect to lost consumers and introduce new ones. The personalisation has been a sheer act of brilliance by the red giant, for people who don’t even drink Coke are still searching for their name! Even though the unhealthy stigma is attached to a ‘fizzy drink’ if I saw my name on a drink I would buy it for the sheer novelty value of it (although, I still haven’t found my name yet). Which brings me on to another point, It’s all good and well having a few hundreds of names printed on bottles in the shops, but we’re in a diverse country, where are the ethnic names? Alas, people are still buying the bottle, priced at around £3.

‘Share a coke with’ is a fantastic example of integrated marketing communications with the Facebook digital coke sharing, YouTube share a coke with video and the Share a Coke roadshow. I’ve seen the effect the campaign has had on people everywhere. Whilst in the airport, seeing passengers search long and hard for their name or their partners, friends or family members. Whilst in Rome (on my mission to get a contract with the Pope – watch this space) there were the local kids looking for ‘Andrea’ or ‘Fabio’ on a bottle – it’s pretty hard to turn down. It goes one step further, I’ve even witnessed countless bottles being Instagrammed, uploaded to Facebook and tweeted, creating a bigger brand awareness, and to be honest, it’s the way I found out about the campaign – It went viral through Social Media! Bravo Coca Cola. 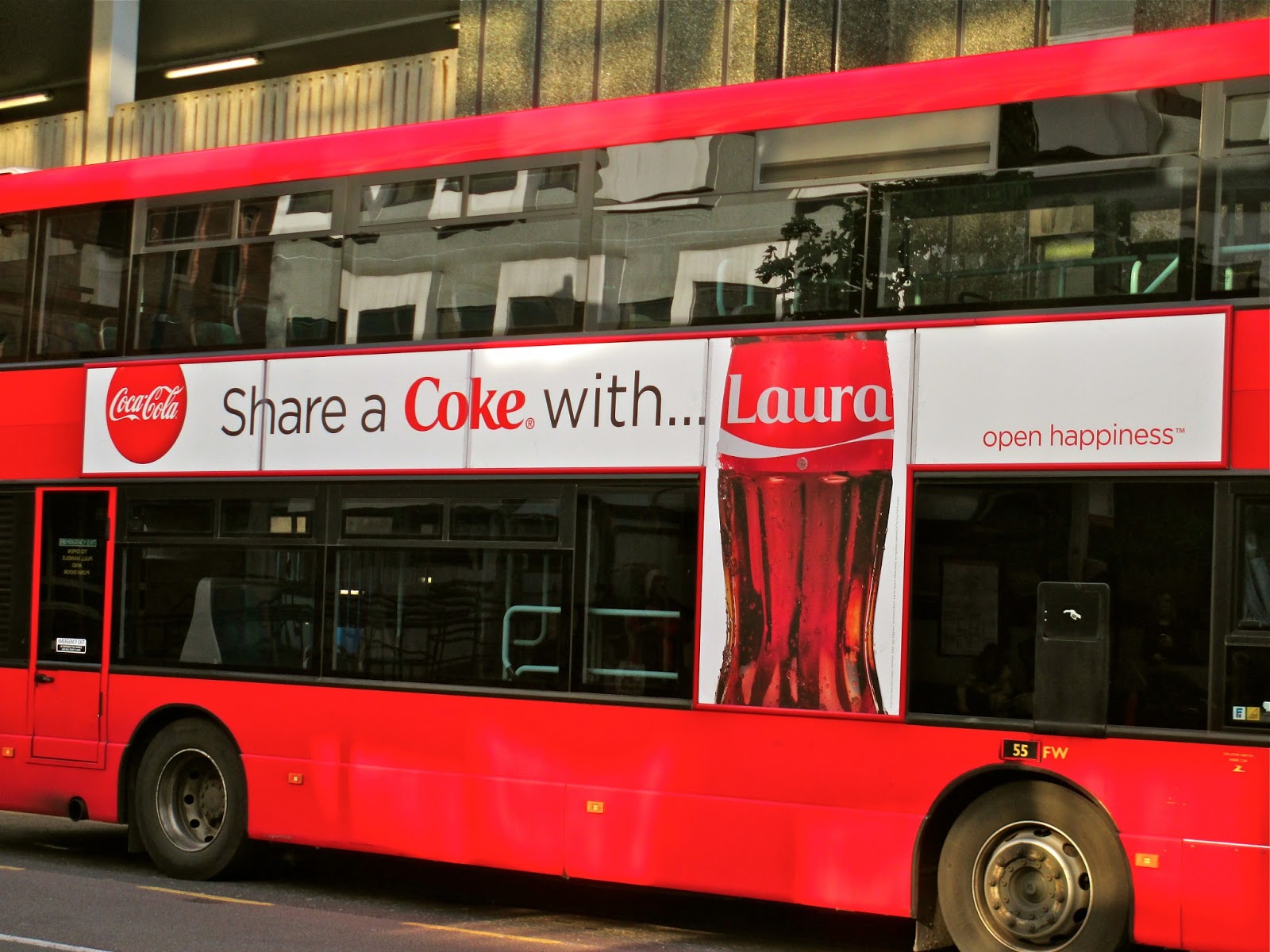 They’ve outdone themselves once again and shows that they have been doing their homework on current consumer behaviours. Consumers want to belong, and by anthropomorphising their brand, they have an insight into their consumers identity and ego. This engaging campaign will definitely set a precedent for future plans in the face of marketing.

Sorry Kane and Phil, still on the lookout for yours…