10 Mobile Games you Won’t be Able to Put Down

There are now over 100,000 games available on the app store, but you just want to play the most exciting, competitive and addictive, right? Here are some of Giraffe’s favourites to help make that decision. Let the games begin!

Icopter is an absolute classic. It sees you pilot a helicopter through a cave whilst avoiding near obstacles; the longer you fly the narrower the cave gets.  I challenge you to beat my high score of 5220 points! The Angry Birds want their eggs back from the greedy pigs and it’s your responsibility to get them!  This phenomenon has revolutionised mobile gaming through simplistic yet addictive gameplay. 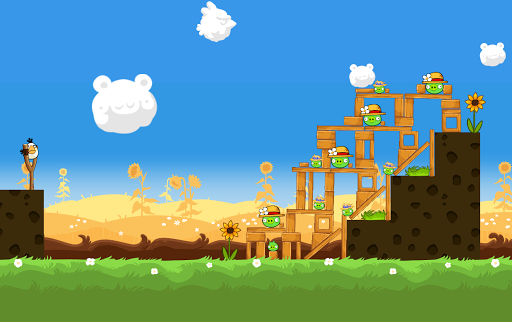 The hilarious yellow Minion’s that we have grown to love from the Despicable Me films are now in your control. This game is a free lane-switching runner that sees you collect bananas, defeat villains and much more so you can become ‘Minion of the Year’.

Candy Crush Saga has to be one of the most competitive games out there. Successfully matching up the same candy will move you through nearly 400 exciting levels of the puzzle adventure. This game has over 45 million users on Facebook each month and is the most downloaded mobile game on the app store.

It’s a competitive and silly game that involves preventing dumb looking creatures from getting attacked by piranhas, wasps, but most importantly, trains. The game is part of a public service marketing campaign that promoted rail safety in Australia. Get involved and see if you can beat your friend’s scores!

Edge is a groundbreaking game that involves moving a cube through a complex geometric universe. It has over 48 levels of pure awesomeness, which will have you on the edge of your seat.

Running away from a group of demonic monkeys is exhilarating. It’s crucial that you don’t fall down holes, turn the wrong way or run into a tree. Reactions are everything and this game will make you feel like Indiana Jones in just seconds. Rat On A Skateboard

Controlling a rat on a snowboard through a snowy ski slope is great fun, but what’s difficult is dodging the Christmas trees, sledges and exploding meatballs. Try and beat my score of 770 on speedy slopes, it’s harder than you think!

Another classic! Tetris never gets old, but the developers have done a great job at integrating Facebook and adding new gesture controls that help lay bricks like a pro.

Fruit Ninja is a simple yet addictive game. Swiping your finger across the screen will chop up flying fruit, but be careful, as there are bombs that will explode if your chopping isn’t accurate.

Let us know which ones you like or any new games we should check out!